If you want to experience real small town charm and friendliness, don’t miss the Calistoga Lighted Tractor Parade next year! Friends mentioned it to us a few years ago and we thought of going but forgot about it…until I saw it advertised this year and wrote myself a note not to miss it.  I’m so glad I did!

We drove over from Santa Rosa around 4 p.m. to look for parking, since we had been warned ahead of time that this is a very popular parade! We got a spot just two blocks from the main street, and headed off to beat the crowd at Puerto Vallarta Mexican restaurant on Lincoln Street around 5 p.m.. As we enjoyed some great Taco Salads, the line outside the door grew until we couldn’t see the end! Score one for going really early!

Walking along  Lincoln Street, it was such fun to hear the children squealing as some of the businesses turned on snow machines to shower them with snow…honestly, it was the best thing this side of Tahoe! Really beautiful in the evening as the street lights came on…

Lincoln Street was lined with literally thousands of people, many of whom had set up chairs hours before which no one seemed to bother. As they poured out of restaurants and stores to settle in, the anticipation began to build.  Since we didn’t think to bring chairs we continued to shop for a while.

The parade began at 7:00 p.m. and  included some great tractors and other lighted vehicles: 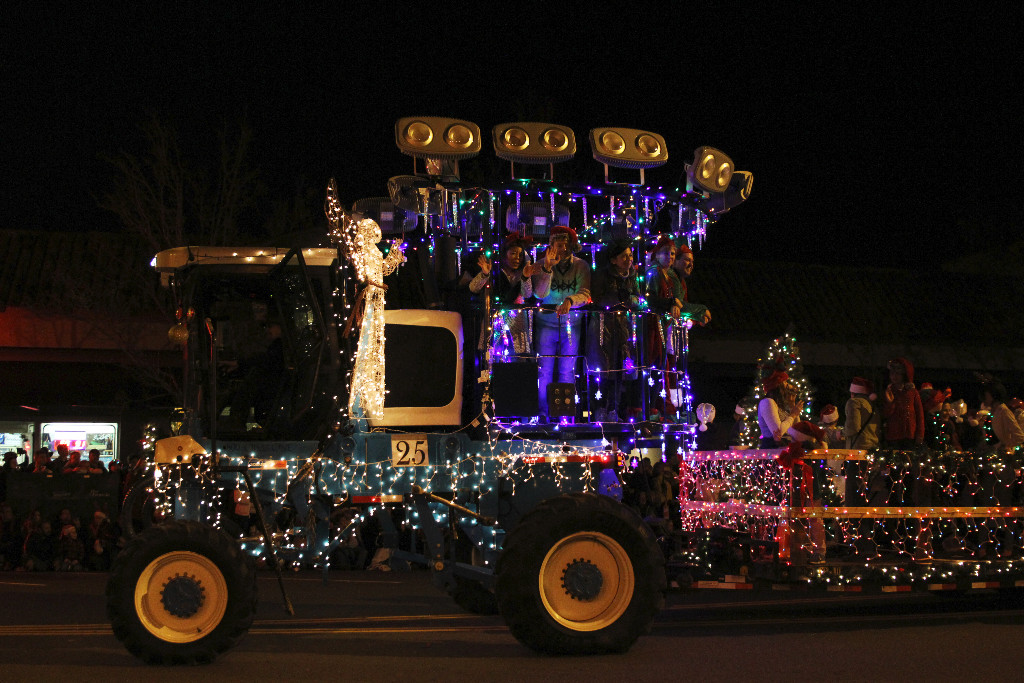 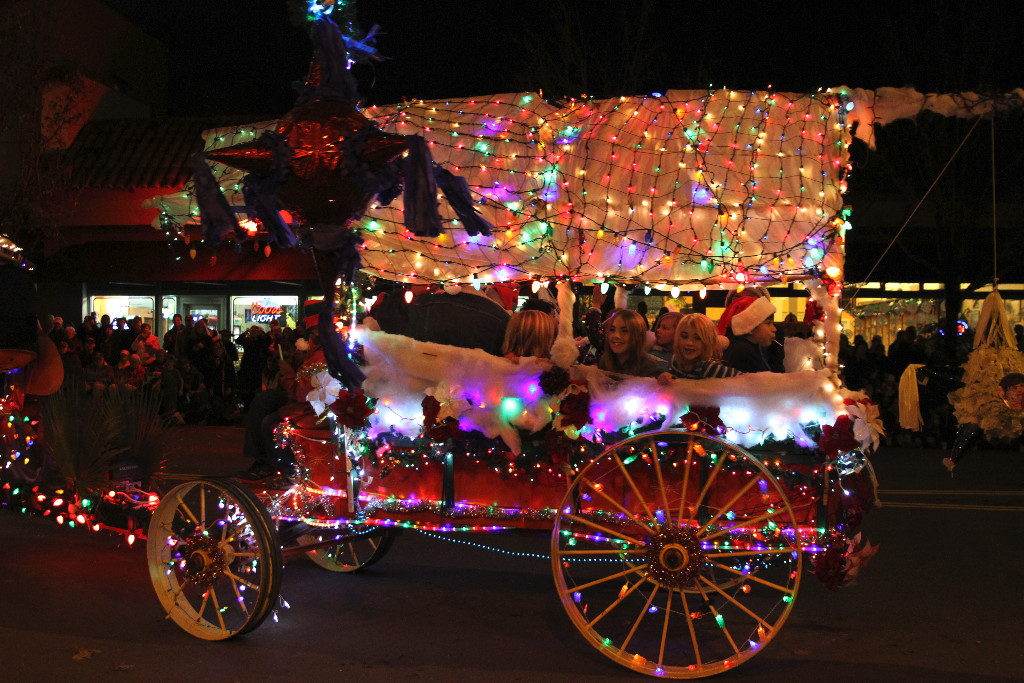 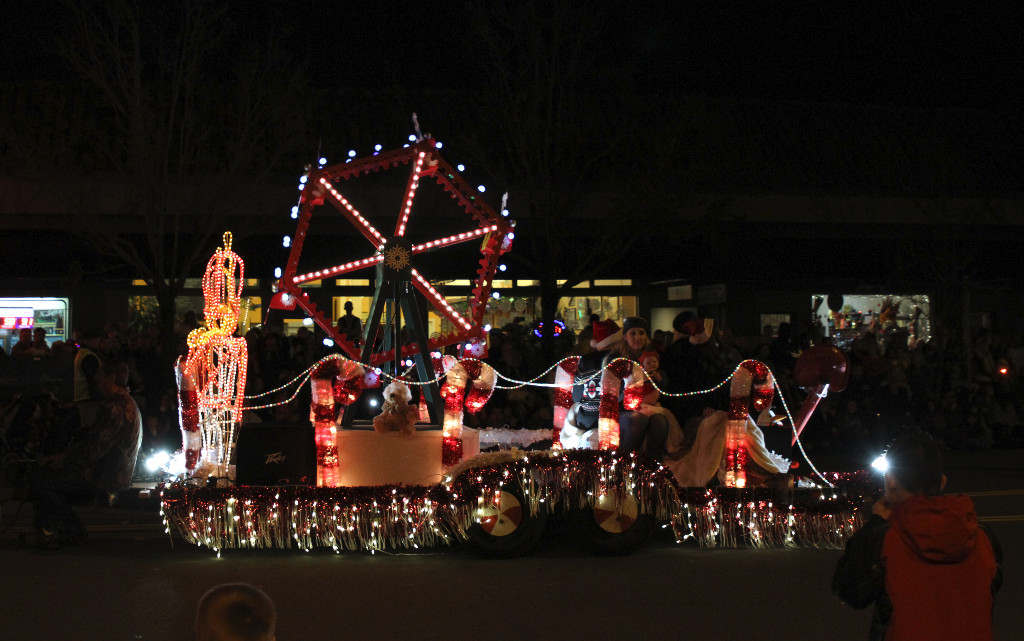 One quietly displayed the true meaning of Christmas: 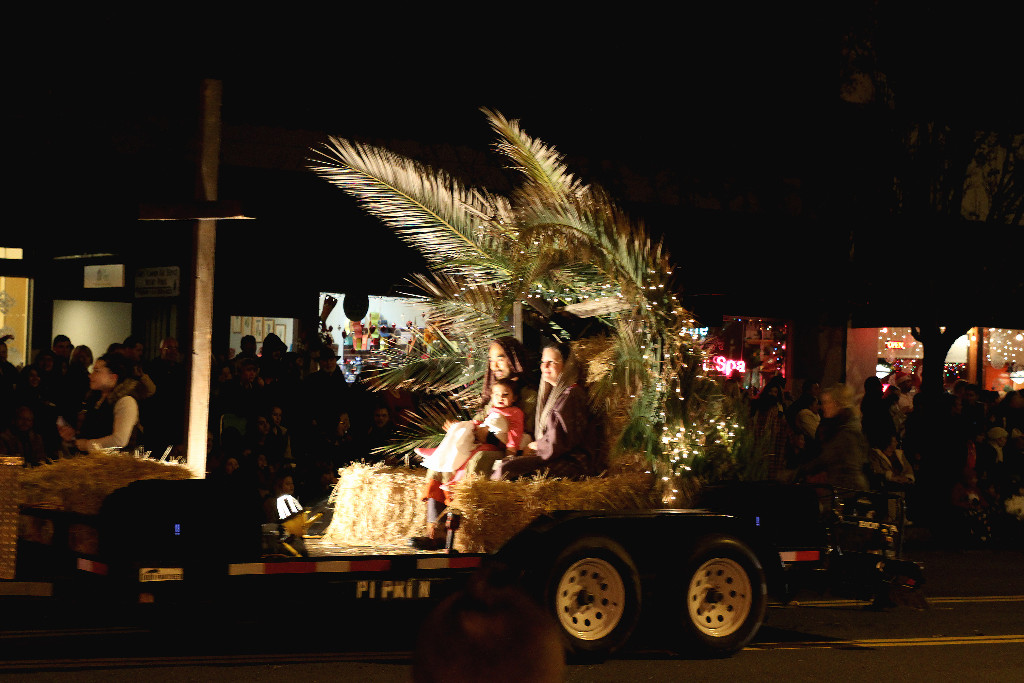 Special visitors popped up in the crowd:

But this tractor was my favorite! It lifted up, dropped down,and turned around  that huge scoop, all the while, well, lit up like a Christmas tree…it was awesome to me and the kids in the crowd went crazy! 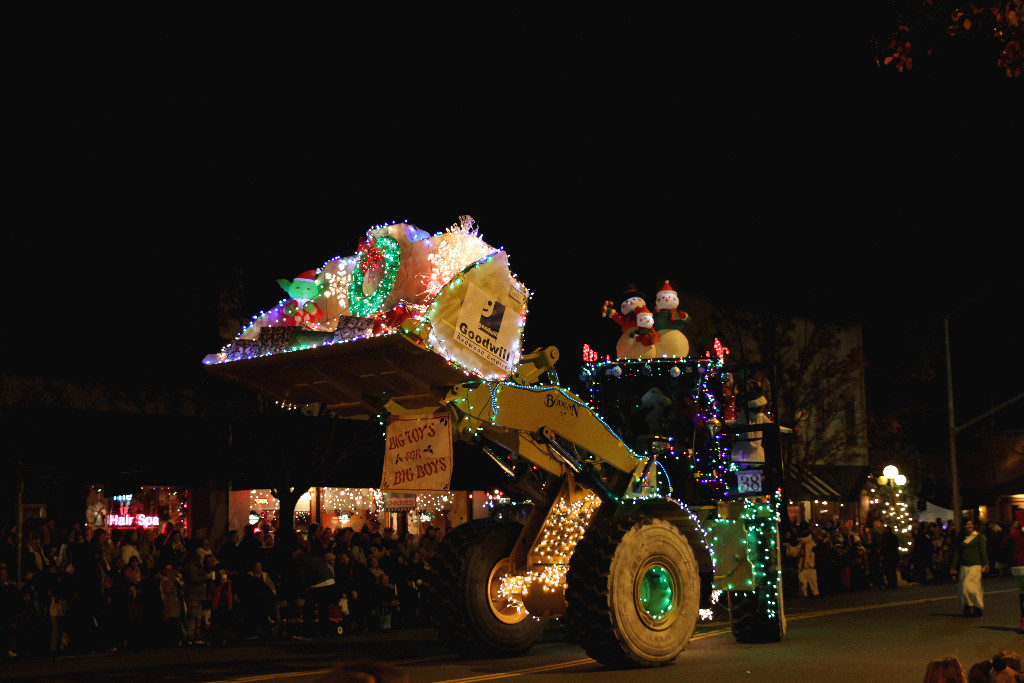 I wondered all night how the parents were explaining the fact that we saw at least 10 Santas on different tractors without a sleigh in sight! Including this guy who apparently traded his sleigh for a Jeep! 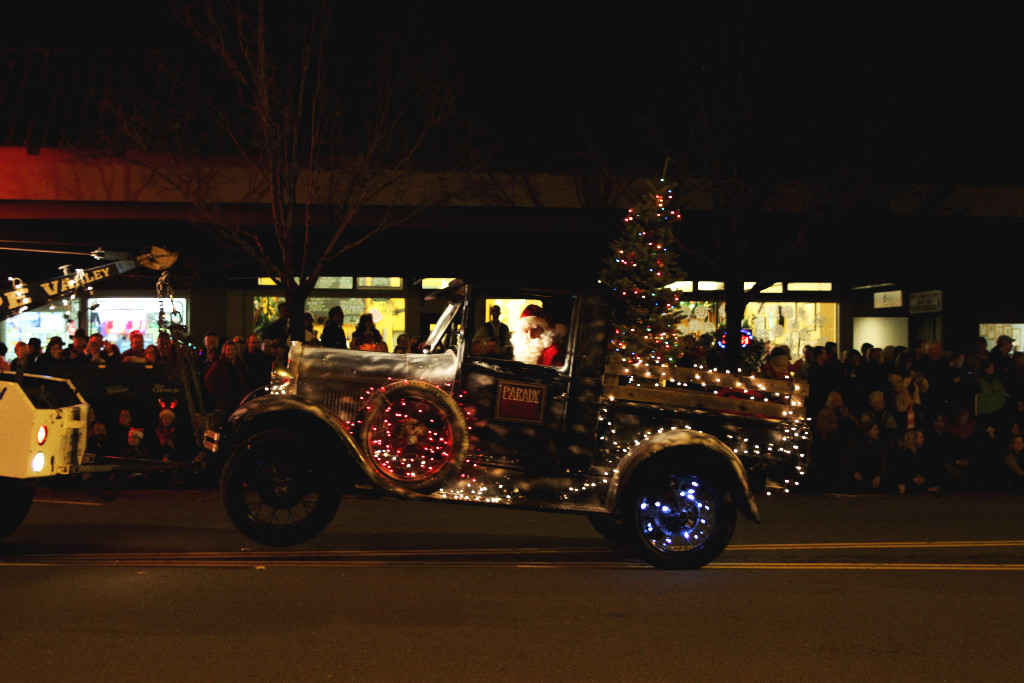 People we so friendly they offered us their chairs.  Total strangers became friends for the night. As my three granddaughters get older I hope this can become a tradition for us. I haven’t felt this kind of magic since I was a kid!

For more info and to be sure to find out about next year’s parade go to info@visitcalistoga.com here.

Donna Jones has always loved to garden. After completing the Master Gardener program, spending some time hosting a garden program on television and writing a garden column, she took time off to be a mom and a school teacher. Now, just beginning the journey as a grandmother, Donna is repairing the garden for little hands again! Raised beds full of flowers and veggies are ready and plans for a few chickens are well under way. To learn more about Donna visit Radish Patch Blog, or you can also check out her professional photography site at Donna Jones Photography.