Most moms look fondly back on the memories of their infants. Me–not so much. At least not with Tori. And that’s another reason why my friends think the mom hormones have fried my brain, because we are trying again. When I think of Tori’s birth and baby years, I shudder and grab a paper bag.

Immediately after my son’s birth, we were on infertility drugs to begin trying for baby Tori. With each passing month, I grew obsessed with temperatures, strange aches and pains, and went through hundreds of ovulation kits, not to mention pregnancy tests. And each month, I felt myself growing more desperate. I honestly felt like the woman Hannah from the Bible (stay with me here). She was barren and wanted a child so badly that she was praying at the tabernacle and the priest thought she was drunk!

I knew her desperate pleas and aching heart. I knew the mockery of friends and family having baby after baby while I remained barren for seven years. But (there’s always a but in these stories), be careful what you wish for. Does that catch phrase ring a bell? Careful what you pray for, too.

We were on our last round of infertility treatments; our doctor said if this didn’t stick, it was time to move on to something else. I remember those last few weeks vividly. The emotions, irritation, and anxiety weighed me down like a heavy vest. But something was different, I couldn’t explain it.

Eighteen days after I tested positive for actually ovulating, my “Aunt Flow” still hadn’t arrived. Then the test turned up positive, and so did the five others. My husband took a picture and sent it to all our friends and family. We were expecting again!

Withing hours of confirming the pregnancy, my doctor performed several tests and an ultrasound; she called to tell me it was time to prepare for a miscarriage. Tori was not showing a fetal pole or heartbeat, my blood levels were low, and so were my progesterone levels.

As I prepared, each day passed. Every two days, I went in for an ultrasound and more blood tests. It seems that Tori had a mind of her own and she “stuck.”

You would have thought I would have been one happy woman, but my emotions and hormones gave me a roller coaster ride and seemed to have sucker-punched me. Try agitated, angry, and irritable. Not only were my emotions on the edge but so was the placenta. I had placenta previa, meaning the placenta had attached itself over the top of my cervix, making it a risky pregnancy. Here’s the run for the rest of her pregnancy:

The moment she was born, my doctor argued with the nurses that she didn’t need to go to NICU because she had let out a faint cry and was bluer than a smurf. The nurses loved her larger than life personality as she wailed to be comforted. With each passing minute, she grew stronger and we knew without a doubt she would make it. 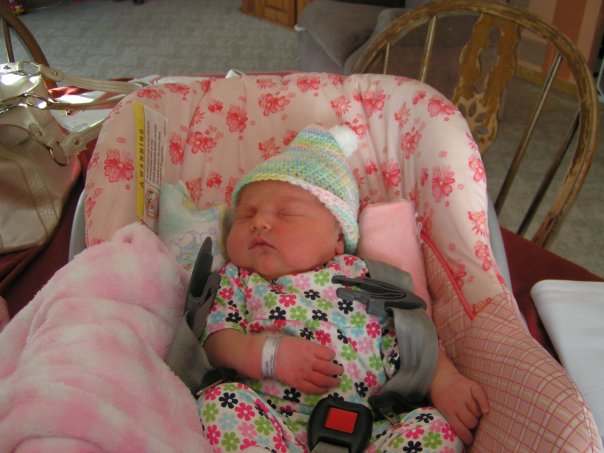 Tori is now 3 and a half years old. She is our iron-willed baby, determined to run the show, and when she sets her mind to something, she makes it happen. She is our conqueror in more ways than one, which is why we gave her the middle name Grace. We were given grace to conceive and grace is needed to parent her strong-willed personality.

After we lost baby Alex, it was Tori whose presence and hugs graced my heart with comfort. Another cycle has passed and we question whether to continue treatments or begin the process of becoming foster parents.

Are you encouraged here? We invite you to subscribe and get the most popular devotions and stories of the week sent directly to your inbox! It’s free!